Time to stop procrastinating and shake the cobwebs off of this blog.  There are simply too many of life’s questions that must be answered. Before I get to the questions, I want you to know the images are hyperlinked, just in case you feel the need to purchase, join, explore, or ask additional questions directly.

First, why are clothing retail stores trying to sell us clothes made by the Amish? I have nothing against the Amish, but I don’t think I should have to dress like one if I’m a recovering Catholic.  Lately, when I try to freshen up my wardrobe, I’m trapped between skinny pants made from curtains 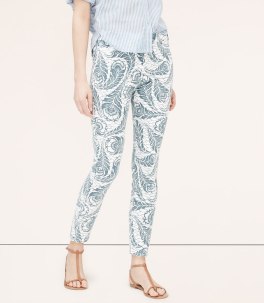 from The Golden Girls stage set and boxy shirts that came from a prison camp. If I wanted to wear fat clothes on top and show off palm trees on the bottom, I would live on Gilligan’s Island.

Third, why do cats always head straight for the person that doesn’t like cats? It’s simple.  If you avoid the cat and simply enjoy your visit, you are seen as the calm human, and your lap is probably soft, warm and quiet.  So if you hate cats and are visiting friends with a cat, get excited and wear burlap pants bedazzled with splinters.  As soon as the cat rubs up on your pants and you get excited, the cat will have nothing to do with you. Click on the picture to read more.

And last, why do dogs wait until there is company to lick their butts?  For the same reason as above.  When you are least expecting it and not paying attention to the dog, the dog will be comfortable enough to lick its butt in front of you!

There are many questions to be answered on this blog in the future, like “Why do people automatically zone out when they get behind the wheel of a car?” and “When Bruce Jenner finally assumes a female role, will she refer to herself in the first person?”

BUT THE STRAIN WAS TOO MUCH FOR ME

"The World is round and the place which may seem like the end may also be the beginning."-Ivy Baker Priest

Editor and writer. Interested in tiny things, nineties nostalgia, old jungle mixtapes, punctuation, and my cats. Not to be fed after midnight.